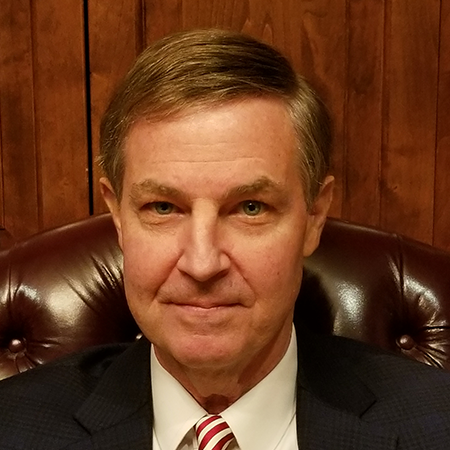 Before coming back to Mobile, where he grew up, he spent almost 20 years at the Clinch Valley Medical Center in Richlands, Virginia as Radiation Oncologist and Medical Director of the Department of Radiation Oncology.

Dr. Weinacker's accomplishments are vast and include a JD from the University of Alabama School of Law, an MBA from Averett University and a Doctor of Juridical Sciences degree-SJD (specifically in Health Law) from Widener University School of Law. He was awarded honorary Fellowship Degrees by the American College of Legal Medicine (FCLM Degree) and the American Academy of Radiology in Radiation Oncology (FAAR Degree).

Dr. Weinacker is a Diplomate of the American Board of Legal Medicine, National Board of Medical Examiners, Medical (FLEX) Examination, and ABPS's (American Board of Physician Specialties) Board of Certification in Radiation Oncology, Alabama State Bar and the U.S. Patent & Trademark Office Exam. He is a current member of the Alabama State Bar and is certified to Practice before the U.S. Patent & Trademark Office.

Dr. Weinacker is Board Certified in Radiation Oncology by ABPS's Board of Certification, and he served as the President of AAPS's American Academy of Radiology/Radiation Oncology for the 2007-2009 Term. He is also a Fellow of the Academy and was nationally recognized as the Academy's Physician of the Year for 2008.

Dr. Weinacker treats all types of cancer which are normally treated with radiation, except pediatric cancers which are better treated at dedicated pediatric centers of excellence. His expertise is in talking with you, listening to you, answering your questions, explaining in simple language how radiation treatments can help you, and developing a treatment plan consistent with your goals.

Known for its culture and tradition, the gulf port city of Mobile, Alabama, is also home to Urology and Oncology Specialists, PC . This innovative group of specialists merged two practices in 2009 in order to better serve their community. The group combines the skills of expertly trained urologists and radiation therapy oncologists into one group dedicated to providing patients with the best medical care available in these specialties. Read More